Protein biomarkers are made using the "Central Dogma of Biology," which states that DNA makes RNA and RNA make proteins. DNA encodes the genetic plan that determines all cellular progress and function. A strand of DNA consists of chemical bonds that form a double helix – the structure of which is often compared to a twisted ladder. The rungs of the ladder are pairs of nucleotide bases.

Proteins play many critical roles in the body, including acting as precursors for metabolic reactions, DNA replication, and the intracellular and extracellular communication. The proteome is the entire set of proteins produced or modified by an organism or system. So, how does this apply to detecting breast cancer? As a cell transforms from "non-diseased" (benign breast lesions) to "diseased" (invasive breast cancer/ductal carcinoma in situ), distinct changes occur that could act as early warning signals of breast cancer and potentially be detected through biomarkers.

A protein biomarker is defined by the National Cancer Institute, as a "biological molecule found in the blood, other bodily fluids or tissue that is a sign of a normal or abnormal process, a condition, or disease."  Biomarkers are produced both by normal cells and cancer cells but are often up-regulated or misregulated in cancer. Breast cancer biomarkers in particular are associated with multiple stages of disease progression and therefore, may play a significant role in clinical decision making. By examining biomarkers, diagnostic tests may be able to provide information about early tumor development to detect breast cancer at an earlier, more treatable stage. 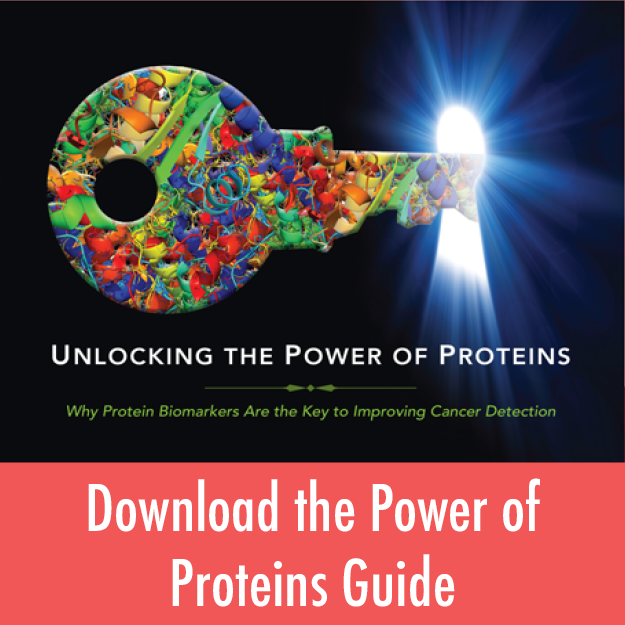