DNA or deoxyribonucleic acid, is the hereditary material in humans and almost all other organisms. Four chemical bases store the information in DNA, these are: adenine (A), guanine (G), cytosine (C), and thymine (T). Human DNA consists of about 3 billion bases, and more than 99 percent of those bases are the same in everyone.

DNA does not spend all of its time wound up in chromosome form. The unique double-helix structure, often referred to as a ladder, allows it to unwind during cell division in order to be copied and have the copies transferred to new cells. It also unwinds in order for its instructions to be used to make proteins in the process known as gene expression.

The process by which a gene gets turned on in a cell to make a chemical copy known as RNA (ribonucleic acid), that then may be translated into protein.

Transcription is when DNA is copied to mRNA, which carries the information needed for protein synthesis. This happens in two steps. Firstly, pre-messenger RNA is created, with the involvement of RNA polymerase enzymes. Secondly, the pre-messenger RNA is "edited" to build the aspired to mRNA molecule in a action called RNA splicing.

Our bodies break down protein from the foods we eat into individual amino acids. These amino acids are then re-assembled into specific proteins that our bodies require, including cell structure and function, as well as regulation of the body’s tissues and organs.

Proteins are simply long chains of amino acids that take on different folding or coiling patterns depending on their length and sequence of amino acids.

A list of some of essential functions of proteins is shown in the below table:

Proteins are essential for cellular function, making them more complex, diverse, dynamic and reflective of cellular physiology than genes. For this reason, protein biomarkers have emerged as a powerful technology to decipher biological processes and pathophysiology of cancers. Breast cancer can benefit from this technology by creating a liquid biopsy test that can detect protein biomarkers in the blood. This would allow for earlier and more accurate breast cancer detection. 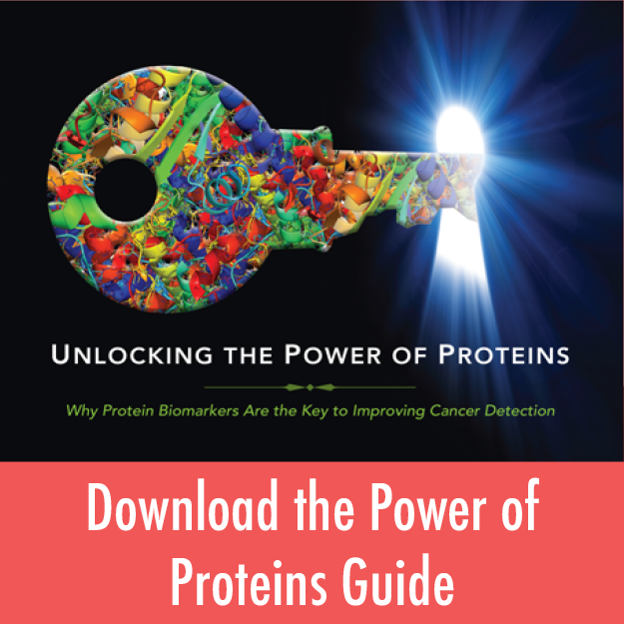