Can We Improve Breast Cancer Detection for Dense Breast Patients?

Breast density can significantly impact the accuracy of routine methods of breast cancer detection, particularly in screening mammography. Approximately 50 percent of women have dense breasts, which is challenging when it comes to breast cancer detection as all imaging modalities rely on visual interpretation of a woman's breasts. For dense breast patients that visual interpretation can be confounded by glandular tissue, which can obscure cancers. This occurs because distinguishing between healthy and dense breast tissue and cancer is difficult, as both appear white on imaging––often likened to trying to spot a polar bear in a snowstorm. Also, the presence of dense breast tissue alone is a risk factor for breast cancer, although the increase in the level of risk varies based on density category.

The four classes of breast density are:

Mostly fatty: The breasts are made up of mostly fat and contain little fibrous and glandular tissue. The mammogram would likely show anything that was abnormal.

Scattered Areas of Fibroglandular Density: The breasts have quite a bit of fat, but there are a few areas of fibrous and glandular tissue.

Heterogenously dense: The breasts have many areas of fibrous and glandular tissue that are evenly distributed through the breasts. This can make it hard to see small masses in the breast.

Extremely dense: The breasts have a lot of fibrous and glandular tissue. This may make it hard to see a cancer on a mammogram because the cancer can blend in with the normal tissue.

In over half the United States, breast density legislation requires a woman's density status to be reported to patients along with their annual imaging reports. Similar to the variations in language used to describe breast density to patients, there is variation in insurance coverage for additional imaging testing, which means there is variance in treatment for dense breast patients. In addition to the state legislation, there are two open bills, one in Congress and one in Senate which recommend amending the current Public Health Service Act and require updated density notification be reported to a patient, her provider, as well as outline any risks that may be associated with her density status and the detection of breast cancer.  Advocacy resources can also help patients in many ways. The Are You Dense? organization focuses on helping women bring dense breast legislation to her state and the DenseBreast-Info site provides in depth educational information.

How can we help solve the dense breast problem?

If a complementary liquid biopsy approach was added to the current standard-of-care imaging, we would be able to detect or rule-out breast cancer in women with unclear or abnormal imaging findings independent of breast density. A liquid biopsy approach would allow for detection to be based on physiology, rather than anatomy, aiding the healthcare providers who must visually interpret imaging results. This would also allow for women with dense breasts to obtain a definitive diagnosis thus, reducing unnecessary stress and anxiety to patients and their families. 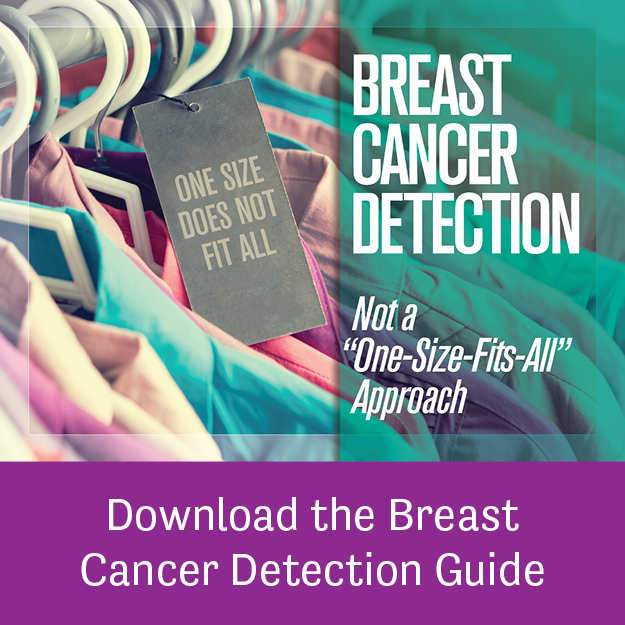